5 Simple Ways to Spot a Narcissist 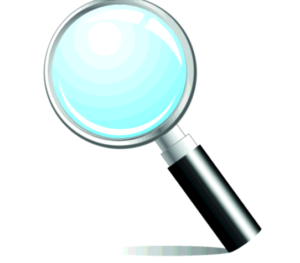 Many of my clients come to see me after escaping a destructive relationship and understandably, they are really concerned that they may fall into the same type of relationship. They’ve heard about ‘red flags’ and they may even have read the diagnostic criteria which outlines the personality elements of a Narcissist, but the truth is, they are often still completely lost as to how a Narcissist presents in real life.

So, to provide a bit of steer on ‘What to Avoid’ here are 5 behavioural patterns that can help you avoid becoming entangled with these folks. After each section, I have added a simple test that you can use to let you observe the (possible) Narcissist’s reactions.

Narcissists are notoriously self-absorbed. Their belief in their ultimate self-worth is off the scale. That’s why they come over as arrogant, sneering, and dismissive of others. Whether it be waiting staff who are treated rudely, or work colleagues classified as ‘clowns’, the Narcissist is way better than everyone else, so they are definitely not going to tolerate anyone teasing them or making a joke at their expense. Of course, all the while they will be ripping into everyone else about their perceived weaknesses or failings. ‘It’s just a joke, right?’

Test: tease them. See how they react. If you see that jaw twitch, run.

Your Narcissist is the sort who laughs at someone else’s misfortune. They will dismiss out of hand others’ suffering – quite frankly why would they be interested in other people, unless its to use as a comparison for how great they are? If a Narcissist does do something ‘kind’, they will tell all around them what they have done or will complain incessantly about having had to be ‘kind.’ There is always the atmosphere of the performative about the Narcissist, so any act of social kindness is going to feel as though it’s more about how others perceive the act, rather than any genuine act of empathy. So,if you feel like they are acting or trying to impress, you are on the money.

Test: give some money to a someone collecting for charity. If they sneer, run.

If you spend any time with a Narcissist, you’ll quickly find yourself in this weird parallel universe where the most basic conversational interaction feels like fighting a cloud – you try to grab an end, only for it to evaporate in your hand. For example, you ask ‘where have you been today?’. Unlike when conversing with a normal adult who will reply easily and readily (e.g. I’ve been shopping), the Narcissist will reply randomly, ‘Why are you asking? Don’t you trust me?’ And whoops, down the rabbit hole we go. See you back here in an hour, still none the wiser where they went. Let’s say you are lucky enough to get a more concrete answer, the Narcissist is likely to lie – they are expert at it. They have 2 methods of lying. Firstly, lying by commission – that is telling great big porkies. For example, about where they come from, what their job is, their marital status. Secondly, they lie by omission – such as when they say they went to the bar with friends for a couple of drinks, which admittedly they did, however, they edited out the 3 hours they spent in bed with an old boy/girlfriend. Other typical examples are children they forget to mention they had, ex-wives/husbands they were married too. and money they have stashed whilst claiming poverty.

Test: repeatedly ask a straightforward question. If after an hour you are still asking the same question with no concrete answer, run.

It’s astounding how many people have done the Narcissist wrong. Life has been cruel and unrelenting. Their partners are gold-digging, manipulative, crazy psychos. The Narcissist will spin you a tale filled with agony and rejection and you, being the good person you are, you will want to help. You will want to prove you aren’t like all those other bad girls/boys they have had relationships with; that you are different, more understanding, more patient. You’ll listen to why they don’t see their kids (stolen by the ex); how their parents never understood them; why they can’t keep a job because of all the terrible bosses they’ve had who didn’t recognise their potential. They will evoke your sympathy and then like a tick, suck you dry.  You will never, ever hear them be sorry for anything they did.

Test: ask them what they did wrong in their previous relationship. When it quickly turns into bashing their previous partner with no self-reflection, run.

You know how you have your favourite stories about yourself? Like for example, the one where you were, I don’t know, let’s say, 5 and you fell out of a tree and your dad/mum shouted at you and you were scared. Or maybe you went to the supermarket and got lost. Or maybe it’s positive tale and a teacher took you under their wing or you had a great family day at the beach. How many times would you estimate you have revisited your stories? 20-30-40 times? We all have these types of stories. These stories are important to our development as through them we get to know ourselves. When we revisit our past we re-interpret it, re-work our histories, and begin to change definitions of our self. Narcissists don’t do this re-interpretative work. When they tell stories it sounds more like a litany of personal success and everyone else’s culpability. There is no real sense that the past is important to the development of the present. And make no mistake, Narcissists have living in the present down to a fine art because they do not need the past to grow their personality and character – why any need for personal learning and growth if you are God? So, if it sometimes feels like they are repeating verbatim the same stories (with edits to the narrative provided by you ‘I said that last time, didn’t I?’), it’s because they are. Their stories are merely vehicles through which they mobilise your sympathy and display their superiority.

Test: ask them to tell you about a pivotal moment from their childhood and what it taught them. When they stare blankly at you, run.

This above list is of course not exhaustive. I haven’t mentioned aggression, control, coercion, gaslighting or even, competition. But the above are things I have noted in my clinical discussions with clients, and together create some simple, easy to spot behaviours you can look out for early on. The real trick though is when you see them, don’t make excuses for the behaviour, don’t second guess what you are seeing, just simply run.