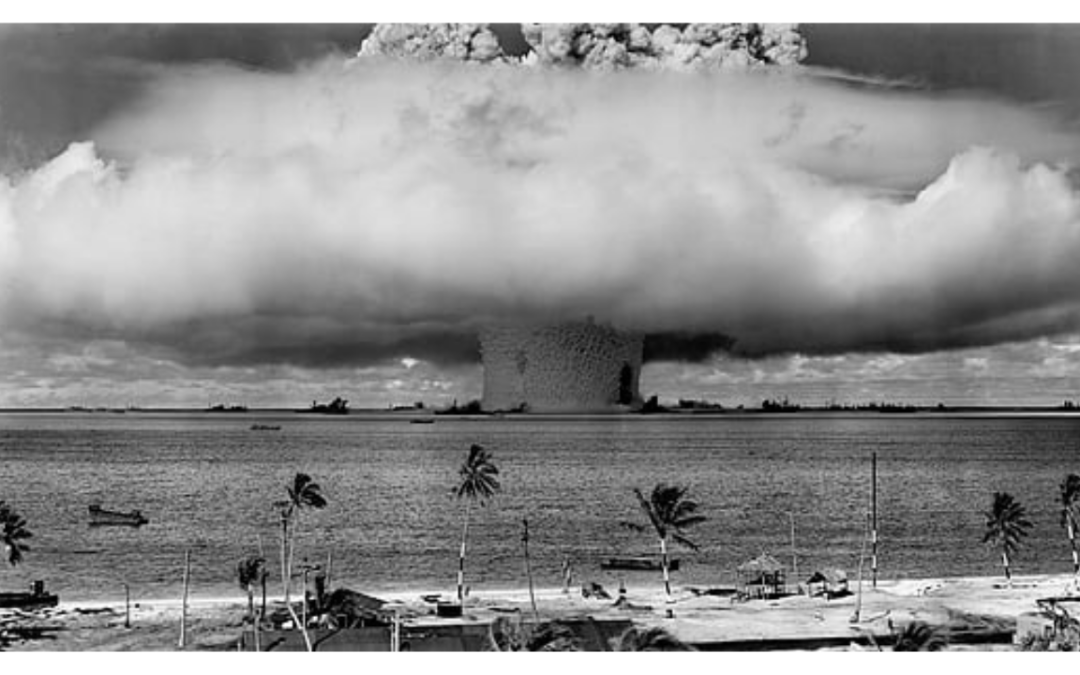 No doubt Legal Ethicists across the land are rubbing their hands, running odds on how this ruling is going to change the landscape of social media, employment, and discrimination legislation. Job security guaranteed.

Personally, I had an *intake of breath* moment seeing this ruling because the fall-out is, going to be well, atomic.

So, even without considering the medical reality that the anatomical-endocrinological sexual spectrum isn’t binary; not even touching on the complexity of gender identity and behaviour which is, uff, a mind-bending smorgasbord of possibilities (I worked in a multidisciplinary paediatric team for Disorders of Sexual Differentiation); my reaction to this ruling was based on real concerns of how neuropsychology can be mobilized to justify pretty much anything you want to say about any inter-group differences.

Many moons ago when I was but a shiny-cheeked undergraduate, a lecturer in my Uni got quietly booted out the door (‘mutually agreed early retirement’ I think it was framed as) for drawing attention to a well-established body of research that demonstrates gender differences in neuropsychology.

Now I can remember thinking at the time that this was pretty weird because well, in Psychology it’s no secret that the genders have replicable, observable neuropsychological aptitude biases.

I vaguely remember thinking, and, now I come to revisit it probably completely unfairly, that there must have been some other more nefarious misdemeanour that I was unaware of, because otherwise it seemed like a rather disproportionate response – getting the sack for saying something that was evidence-based. (Which probably says quite a lot about my unquestioning disciplinary training at the time).

Now before I get attacked for defending the patriarchy by promulgating the gender-bias in research design, if you’ve read ‘Men are From Mars, Women are from Venus’ then you too, have read the basics and quite frankly, I’ve never seen ‘equality’ to mean ‘no difference in ability’ but meaning ‘same access to opportunity’ …I digress…

and draws on say, the neuropsychological research on gender differences in spatial reasoning, how can we now argue that this isn’t their ‘gender critical belief’?

The Tweet doesn’t say that women aren’t allowed to park or drive, and whilst distasteful to many, it can’t even be shown to cause direct harm to anyone (apart from p*ss*ng off the internet). Further, the tweet certainly doesn’t meet the philosophical standard set in Grainger plc v Nicholson [2010] ICR 360 ‘that it is the kind of belief the expression of which would be akin to Nazism or totalitarianism and thereby liable to be excluded from the protection of rights under Articles 9 and 10 of the European Convention of Human Rights (ECHR) by virtue of Article 17 thereof.’ Individual A appears to be protected under the Equality Act 2010.

Now Mr. Lecturer, may or may not have been a closet woman hater – I honestly can’t comment, I only ever heard him talk very, very dryly about neuropsych – however, I do know he operated in a context where he was mainly just talking to other scientists about ‘findings‘ and these folk (I have found) are in their own bubble, they don’t often consider their data in the ‘real world’. And like pretty much all Psychology research, the social constructivist, and ethical dilemmas inherent in their methodology aren’t considered in any substantive way (coming back to bite your ass in a Tweet real soon).

But here’s the kicker kiddies, remember Cockcroft and Walton? Nope? What about Hahn, Meitner and Strassman? Nada? (Quick Google search works wonders for my own personal education).

I’m fairly sure then that the guys and gals slaving away in a sterile, white, could-be-anywhere lab; caught up in their wee world of investigating the brain’s gender structures; fiddling with their MRI scanner; scrabbling over research funding; worrying about their impact and REF star rating for their 5 years-in-the-making publication now seeing the light of day in some obscure journal read only by colleagues in the field; convinced they are pushing the boundaries of neuroscience for the greater good of humanity: well, yeah, they aren’t thinking their work is going to land on some misogynist, incel, Reddit thread quoted to provide justification for saying heinous things about women:

“Hey man just quote: Bob and Carly 1993, Brain & Gender. Say it’s your gender-critical belief ‘that women are more empathetic, linguistic, and nurturant’ and that ‘according to Attachment Theory the mother-child bond is imperative in the formative years’ It’s science fact dude.”

Now there’s no mention of women staying at home to raise children; there is no attempt to limit womens’ right to work; there isn’t even any overt attempt to distress. And nope, it certainly hasn’t got the bite of WW2 propoganda….and yet…. reading between the lines…. joining the dots…..reaching my own conclusions….I think that with regard to ‘mothers in the workplace…‘

Horrible to think that our opinions can be manipulated so easily: cookie crumbs to the gingerbread house.

My point? This ruling has pushed the button.

Psychology is going to get a whole lot hotter from now on as the findings that they have been uncritically churning out for decades, claiming the ethical neutrality of the scientific model, is going to be the radioactive material with which those who would blur ‘free speech‘ with’hate speech‘ are going to set the World on fire.

And let me assure you, it’s not just gender they have differential research on…simply choose your preferred out-group, do your Google Scholar search, Harvard reference your hatred and Tweet your socio-cultural terrorism.

“What you gonna do about it? I am not inciting anything. I am not removing anyone’s rights. I’m not a Nazi. It’s just my gender/racial/ability critical beliefs.“